Where does Electricity come from?

But Where Does It All Come From?

We set out to build a circuit that causes a light to come on when we want it to, and we have that. That’s engineering. But there’s a question that we still need to answer. What’s in the battery that provides the voltage, and can we find it anywhere else?

So far we’ve built something (our circuit). That’s engineering. There’s another type of engineering where we pull things apart and see how they work. This is called reverse engineering. 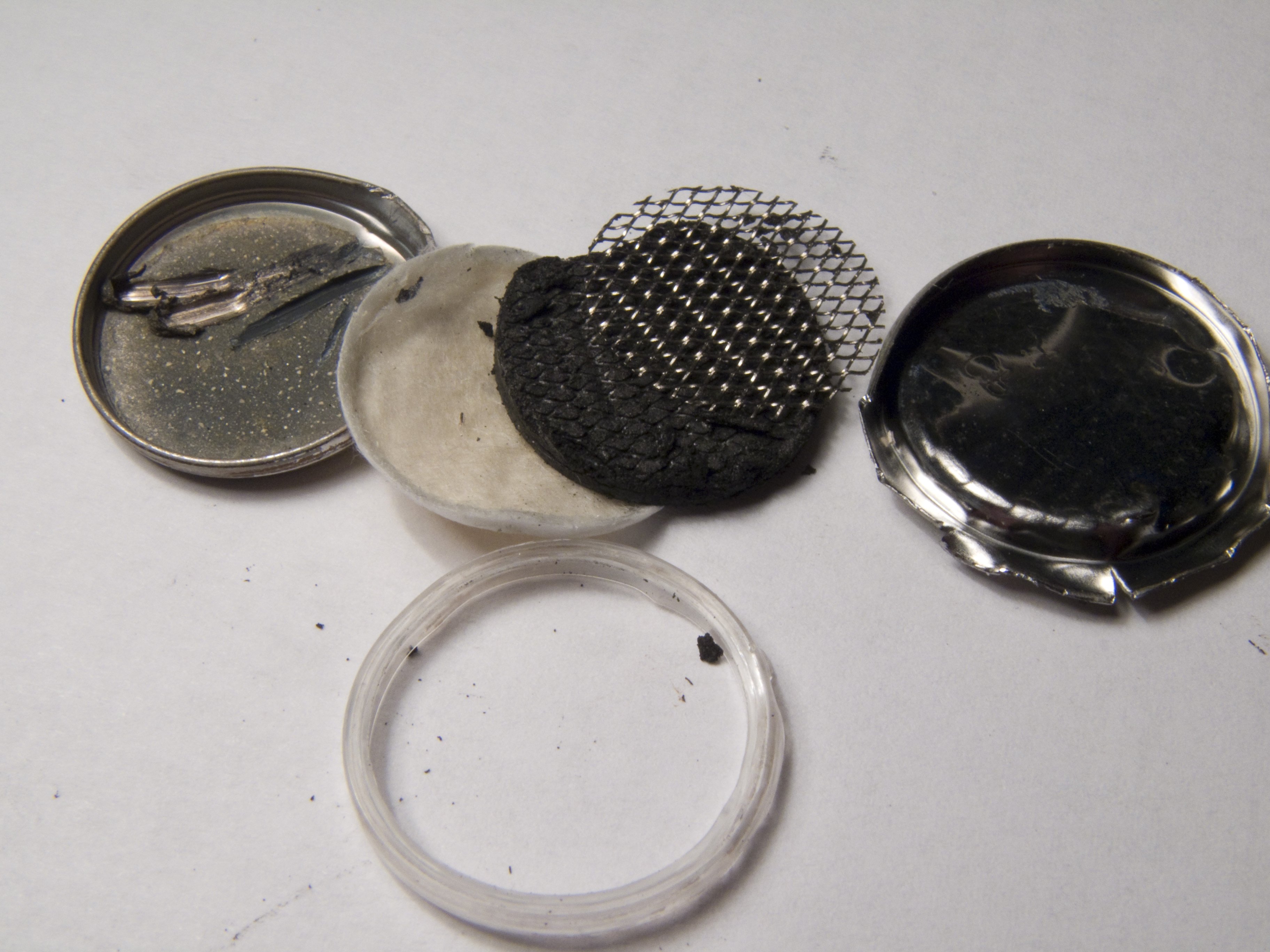 Never take a battery apart. It’s extremely dangerous and could burn or even be fatal.

From left to right, the different parts are:

Below this is a plastic insulation ring used within the battery.

The two main parts of the battery are the two different metals with a separator between them. We’re missing something because we’ve opened it up.

But wait. What’s an electrolyte?

An electrolyte is a paste or liquid that can conduct an electric current. Electrolytes contain atoms that either have too many or two few electrons, called ions. The ions float around in the electrolyte either being bloated or hungry for electrons.

If you remember earlier, our electrons move around the circuit and the current flows in the opposite direction. It’s the current that causes the LED to light up, but the current is produced by the movement of the electrons.

When a conductor is exposed to an electrolyte a chemical reaction occurs. Zinc interacts with the electrolyte and gives up some of it’s electrons. This leaves holes in the zinc for electrons to fill if they come from elsewhere. This makes Zinc an anode.

If we can link the Copper cathode to the Zinc anode via our circuit then the extra electrons will travel from the cathode to the anode through our circuit, to fill the holes and light up our LED along the way. To keep the current flowing we need to produce new holes on the anode, and new electrons on the cathode. That means the two metals need to be connected to the electrolyte, but not directly to each other (except through our circuit).

You can use the LED in the HIDIOT kit, but you’ll need to get some copper nails, some galvanised nails, some fruit and some copper wire. It’s a lot of fun, and worth trying with different fruit and vegetables. Start with citrus fruits like lemons and try a few different ones like bananas and potatoes.

If you’re not quite sure about making batteries with fruit, SciShow has saved you the trouble, and MahoganyNerd investigated which fruit (and vegetables) produce the most electricity.

We showed you the insides of a coin battery so you don’t have to take one apart, but did you know you can make your own coin battery using actual coins?